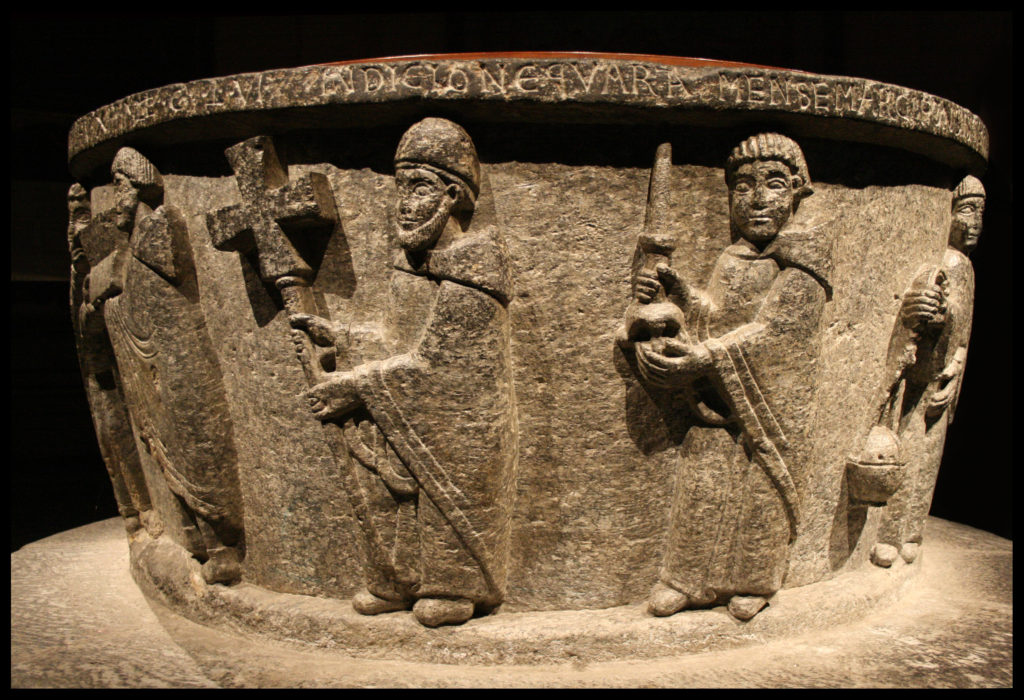 Since the end of the seventeenth century, the basin has been in the Romanic baptistery which was demolished and rebuilt farther towards the east, where it now stands, along with the font allowing room for the new colonnade.

The basin is a monolith in ollare stone (the local green stone that was used to make cooking pots and architectural elements) and it is decorated with sculptures in half relief, representing the benediction of the water and the baptism itself.

The work was carried out in 1156 in order to serve the entire parish of San Lorenzo, which at that time comprised the San Giacomo Valley (or Spluga Valley), the Italian part of Bregaglia Valley and the lower valley incorporating Mese and San Cassiano.

This is how it should be read. The figure of the celebrating dean reading the missal held by an acolyte opens the scene. Behind the dean, the clergymen: five altar boys carrying the crucifix of the procession, the candlestick, the censer, the ampoules with the oils of the catechumen and of the chrism respectively.

Behind the acolyte and the altar boys with the Easter Candle, there are the laymen: the child who is to be baptised held by his godfather, and three representatives of the social classes of that period: the nobleman on his horse, the “neighbour”, owner of the feudal lands in the rural area, guarded by castles or, according to some, by the villager, represented by the person in the tower; and, lastly, the merchant-artisan, symbolised by the blacksmith. 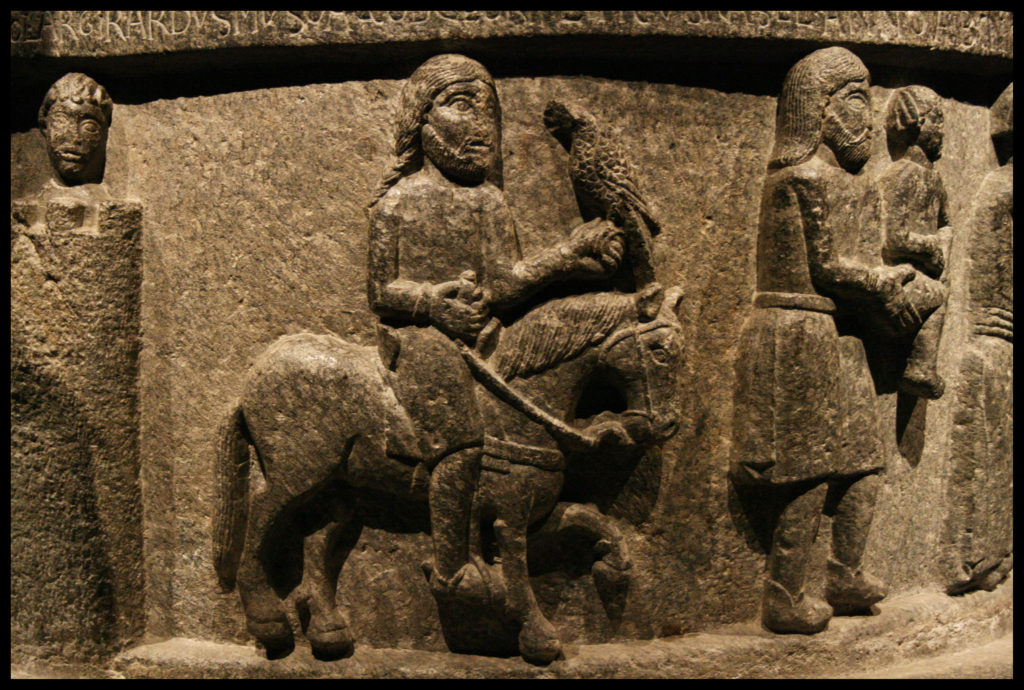 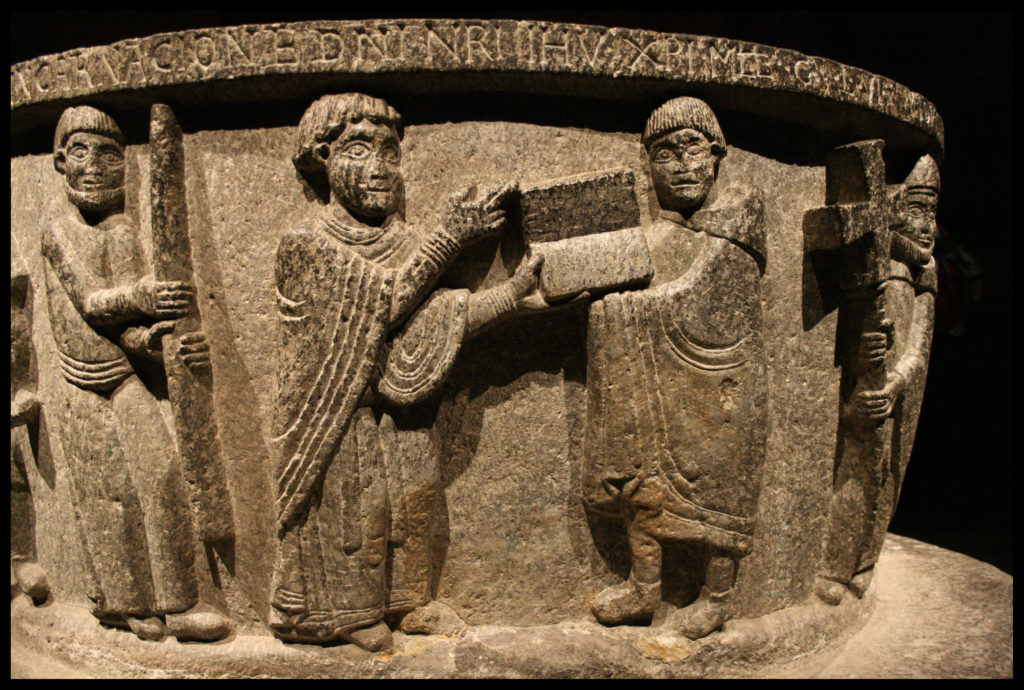 On the vertical border of the collar there is an inscription that continues on the horizontal face, difficult to read, however made clear by a seventeenth century deed:

That is: In the year after the incarnation of our Lord Jesus Christ 1156, 4th induction, month of March, this font was built under the rule of the consuls of Chiavenna and Piuro.

The names refer to the promoters of this word, the four consuls of Chiavenna and the two of Piuro, which were at that time the same municipality. The last name, Guido di Piuro, could correspond to the sculptor of the font. 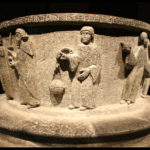 Cleric with a thurible 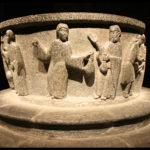 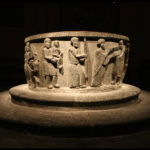 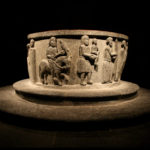 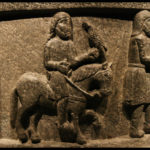 Noble with a hawk 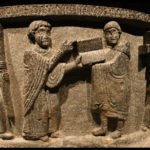 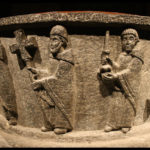