Museum of the Treasure 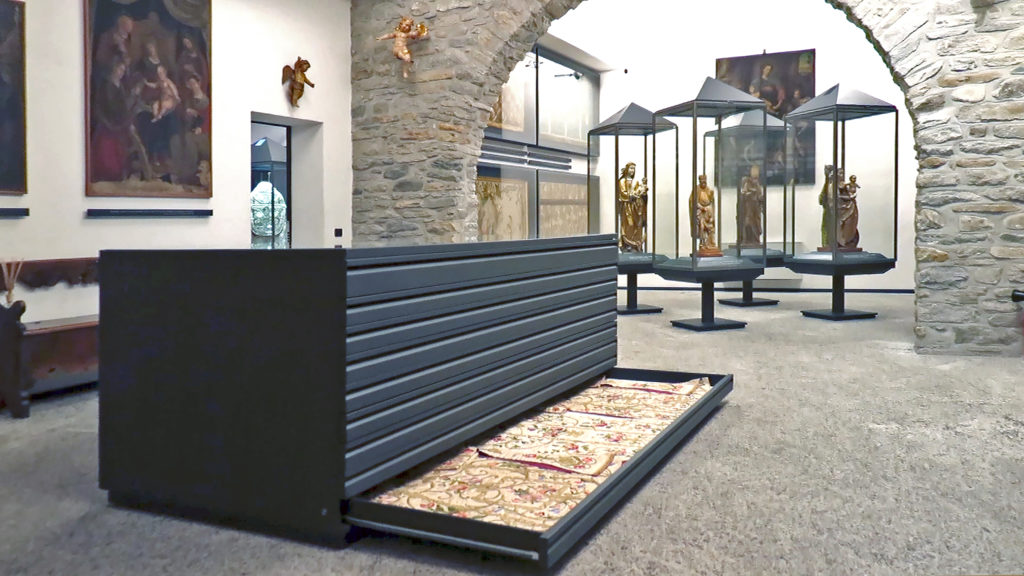 The Museum was opened in 1957 and expanded in 1998. It is attached to the collegiate church of San Lorenzo, a rural church probably dating back to the fifth century and recorded since the tenth century.

In the “Tesoro” you can find the most important artistic and historical liturgical objects, from the Romanesque style up to the eighteenth century.

Many of the sacred church ornaments and vestments displayed in the museum are gifts of migrants who were formed into associations and which periodically benefited their native churches. The Tesoro Museum, therefore, is a rich heritage of faith, history and art, to which generations of believers have contributed over the centuries.

The “Pace” is one of the finest masterpieces of the medieval goldsmith.

The cover of an ancient book of gospels or the lid of its protective container, dating back to the 11th century (1030-1090) and mentioned in an inventory of 1485, made up of 25 engraved gold leaves on a walnut base, encrusted with precious stones, pearls and enamel.

Symbols of the four evangelists have been embossed on the cover plates. 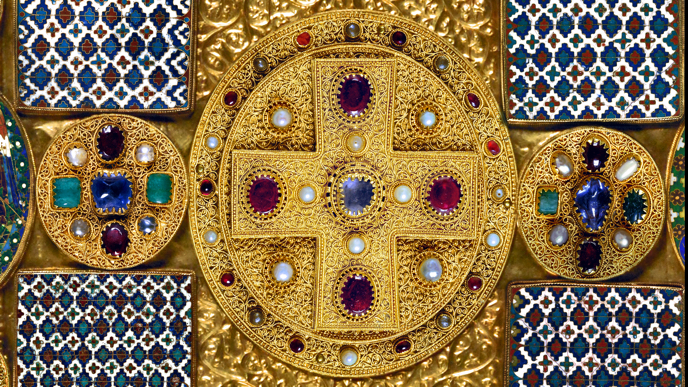 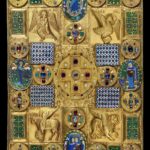 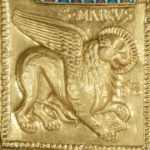 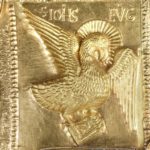 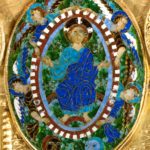 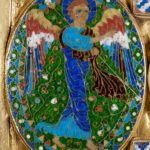 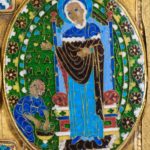 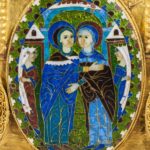 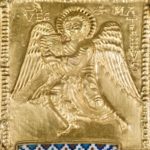 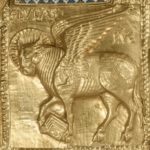 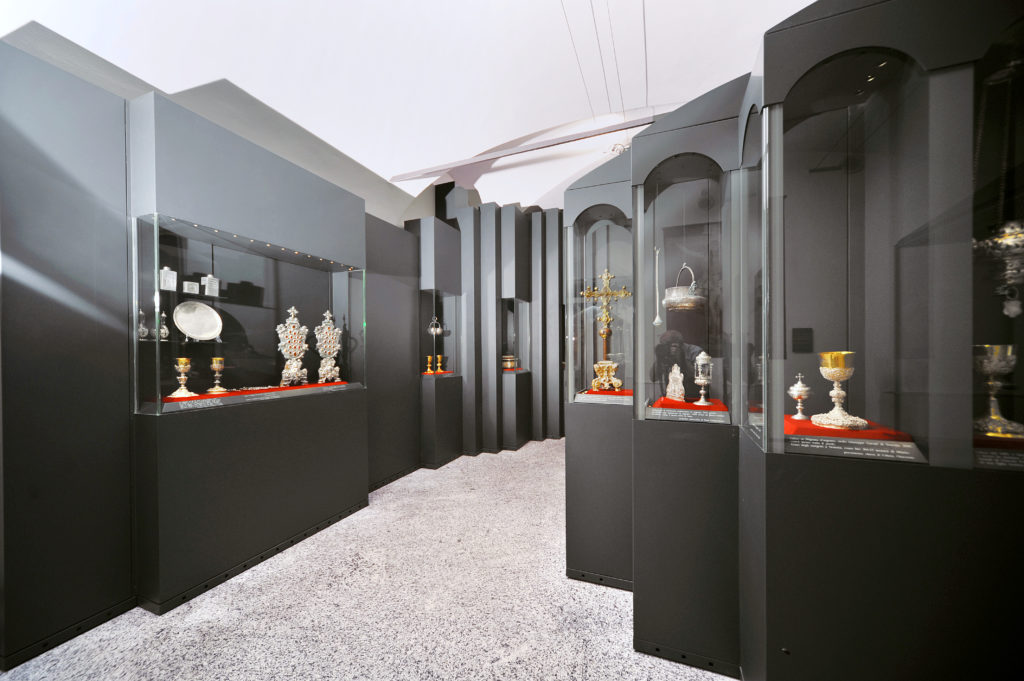 In the “Tesoro” are exhibited the most important artistic and historical liturgical objects, from the Romanesque style up to the nineteenth century.

Many other silver liturgical objects come overall from the collegiate church of San Lorenzo, namely a sixteenth-century silver bucket for holy water, a pair of eighteenth-century ampullas and silver reliquaries.

The wooden statues exposed in the second room of the museum go back to the fifteenth and sixteenth century. They are mostly of German make or, at least, from the other side of the Alps.

Among them stands the Madonna with Child by Ivo Strigel from Memmingen (Germany), a statue of linden wood, 1495.

Some of them must have originally belonged to altarpieces, which were subsequently split up. 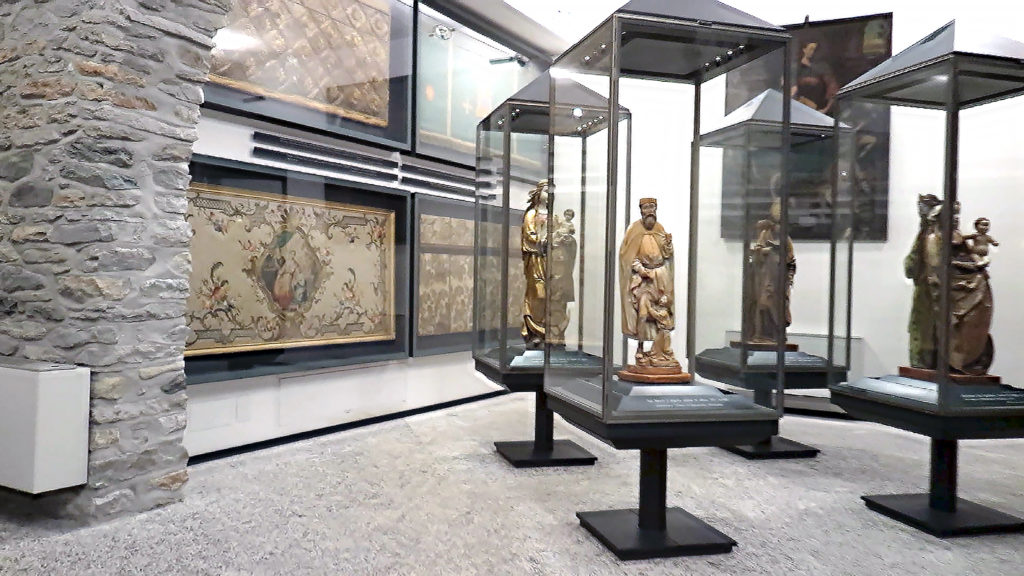 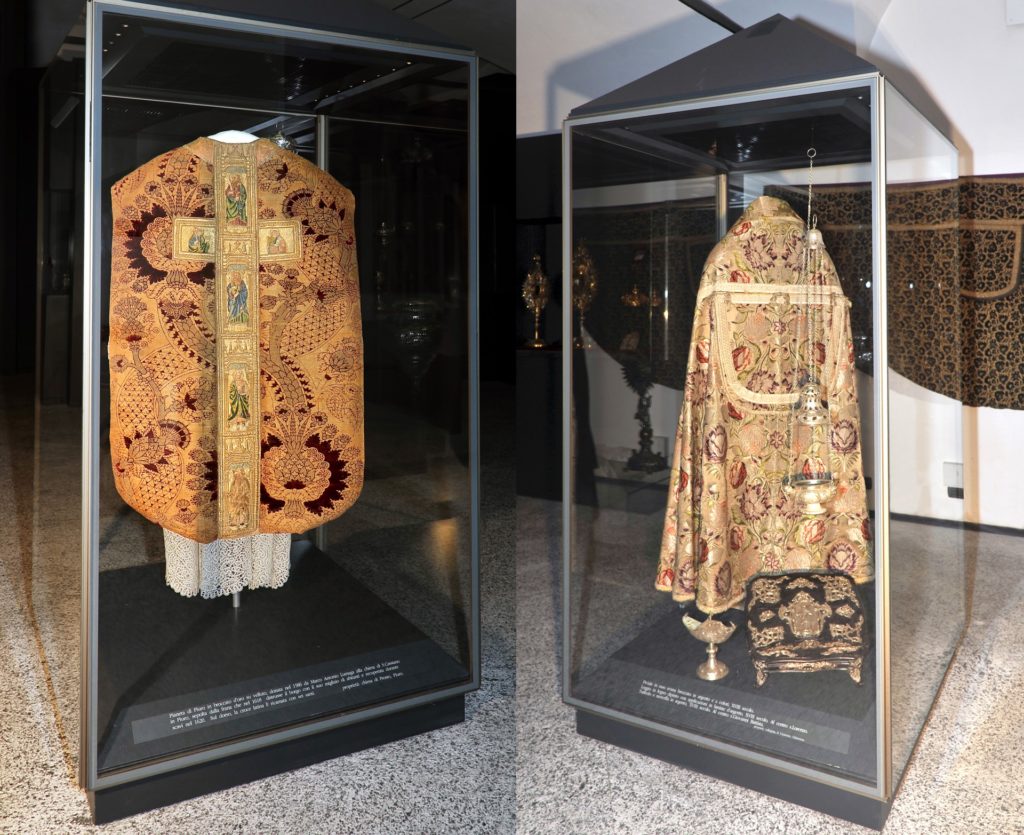 Among the numerous and valuable vestments on display the chasuble of Piuro has special historic-artistic importance.

The Lumaga family donated it to that collegiate church in 1586 and it was found during the excavations two years after the landslide that in 1618 buried the village along with about one thousand of its inhabitants.

The collection of liturgical musical books

The musical antiphonary of the eleventh century, where the neumes-accents show the actual movement of the master’s hand conducting the chorus. Noteworthy is the 15th century Incunabulum exhibited in the first room of the museum, with the caps still painted by hand.

A Graduale of 1674 and an Antiphonary of 1770 complete the collection of liturgical musical books. 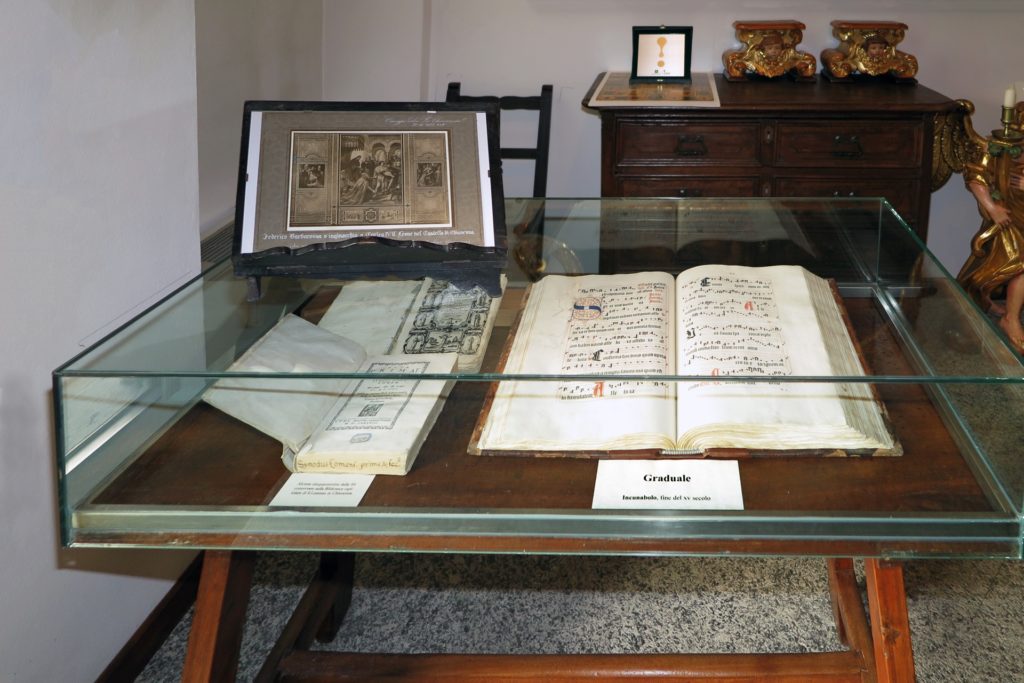 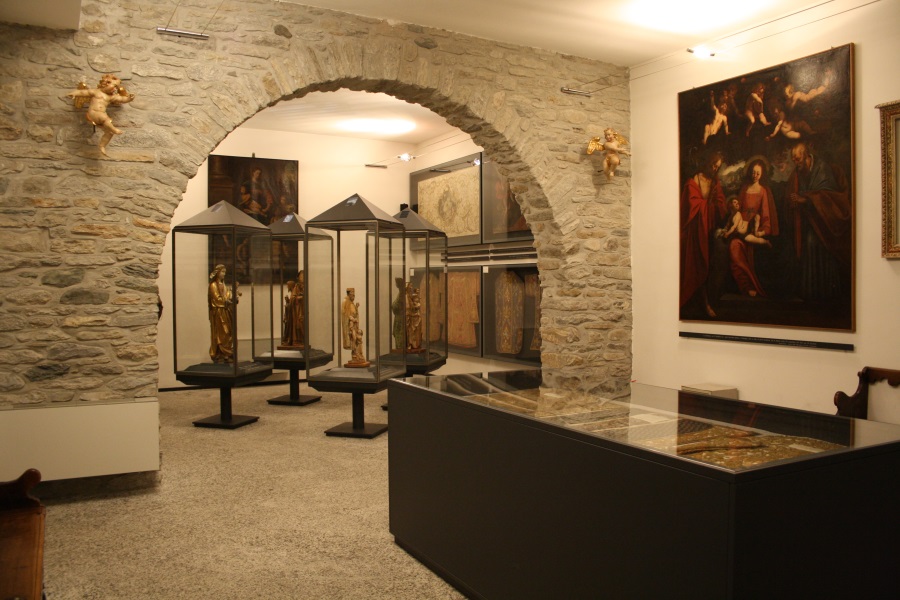 Most significant paintings on canvas, XVI-XVII centuries, are on display at the Tesoro Museum, including the ones attributed to Giovan Battista Macolino the Elder, from Gualdera in Val San Giacomo.

Other canvasses were painted by the brothers Recchi of Como and by the Luini and Ferrari school.